A friend, ex-colleague and also a very proud dad sent me these pictures. A few days later and I am still smiling. Marshall is only seven years old and is getting better times than boys five years older. His younger brother looks to have even better coordination, balance and spatial awareness. Well, that is according to his dad, and he would not be biased, would he?

Here is to all the children starting out in motorsport. We need the next generation of Ricciardos and Whincups coming through the line. I looking forward seeing them progress and taking their place on the podiums in the next 5 to 10 years. 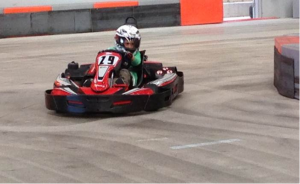 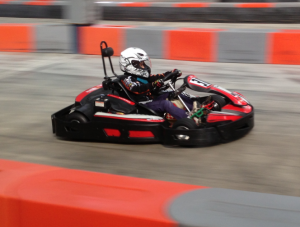 I received my welcome pack from AMG. The usual plethora of glossy books and forms spilled on to my desk. All of it was beautifully presented, but the registration form had me scratching my head.  Names and other personal details are part and parcel of these forms. However, the “lifestyle” questions made me laugh. Possible selections included golf, cycling, AFL, cricket and number of others, but there was not a single mention of motorsport. Come on guys, this is the AMG brand. And no, I don’t mean the idiots who buy AMG badges and stick them on to C250 Diesels. This is the brand for serious rev heads. You wouldn’t include jam-making in this section, would you? Or on the other hand they probably had in the last iteration.

After years parking under a major hotel chain in the centre of Sydney and watching valet parking in action, I have serious misgivings when handing my keys to these guys. Drag racing within the confines of an underground parking station is a sight to behold, especially when they seem to be heading straight for you and there is nowhere to hide.

So it was with some apprehension I relinquished my keys to a youth who looked old enough to perhaps be in charge of a skateboard, but not a car. However, I was pressed for time and in the company of a friend who assured me that he often left his car in this very car park and never had any problems. Given that this was a major parking facility within the city, and I would be in and out within about 30 minutes, what could possibly go wrong?

I picked up the item I needed, had a quick coffee with my soon-to-be-ex-friend, and headed back to the car park. I handed over my ticket and waited for my car to reappear, somewhere near the so-called VIP area. The attendant reached into a box that seemed to contain a jumble of keys and dockets, pulled out what he thought looked the right keys, attached to a docket of crumpled paper, and scrambled towards the black hole where all the cars disappear. He appeared some time later with a powder-blue Toyota, sporting a huge exhaust pipe.

You can judge how angry I am by how quiet I become. Monosyllabic – you can still reason with me, but when I am nonverbal and my eyes turn dark blue, then duck for cover, because the explosion will be monumental. As deathly quiet descended on the car park, my friend tried heroically to save the situation by asking the attendant to match the docket I handed over to the docket attached to the correct key, but all he got was an “it looked sort of the same.”

I do not consider my car a good swap for a clapped out Toyota with an idiotic exhaust system.