So, This is How it Will End?

According to some obscure statistic someone sent me while ago, most people die within a 20 km radius of where they were born. In my case, this is highly unlikely. According to Mr Boz, I am going to die a few kilometres from Goulburn at Wakefield Raceway, during 24HoursOfLeMons. I was expecting a reaction from John, just not that one. Sam, the marshal at Wakefield, was far more inclined to see the funny side of things. Bozman gave me a lecture of epic proportions taking me back to my teenage years.

The blank look on my face and my ignorance of all of the above sent Boz into an eye-rolling state of disbelief which did not abate for the rest of the day. My reasoning that our $250.00, 3 series BMW might not make it past the first two circuits of the racetrack did not lighten up the situation at all.

I was kind of dreading the next question, so when it came, I decided to throw all caution to the winds and answer truthfully. Perhaps not one of my better ideas. The fact that I am one of the drivers for John Connolly, he of Weekend Australian Prestige Motoring fame did nothing to ease the situation, given that one of our other drivers is one Michael McMichael, known for putting a hole in the petrol tank and trying to see how much fuel is running out by using a lighter. So perhaps Bozman is not totally wrong here.

It’s always funny until someone gets hurt. 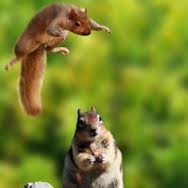 The IT industry is splintered. Many global companies have IT split pretty much 50/50 females to males. In some of the government agencies this ratio is skewed more towards males, especially in the infrastructure space. Hence, I am finding myself more and more being the token female in many meetings. Having an interest in cars opens conversations, and I am finding that it breaks the ice very quickly. It was a pleasant surprise when one of the vendors at my current contract, a weekend warrior with a red Nissan R33 GTS, volunteered to join me at Wakefield. 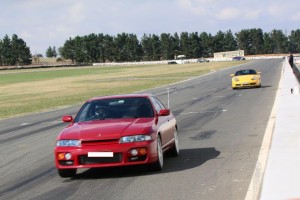 Let’s just say it was eventful day. Much to my embarrassment, David arrived at Wakefield a full hour ahead of me, even when I had had less than 100 km to travel, thanks to my overnight accommodation at Sutton Forrest. The first session included a young guy in an old Mini hitting the ripple strip. The momentum flipped him on the side and he ended up on the roof. I finally understood the term “in slow motion”. There was nothing I could do to stop it. Luckily, Boz was out of the car before I realised what was happening and pulled the driver out of the car. So I got very familiar with the Fish Hook Turn.

A few sessions later, a driver in a car whose logo is the Trident sheared off all his wheel nuts from one of his rear wheels. This had me and about half a dozen other people walking the track looking for them. The strait before the final turn looks much wider when you are walking it. Who would have thought?

On Monday morning I parked my car as usual. A few seconds later, a black A8 Audi pulled alongside. A middle-aged business man and his teenage son got out. The man made an admiring comment about my car. That in itself was lovely, but the next sentence stopped me.

“You are very lucky to drive a car like that.” I believe there is an old Amish saying, attributed to Thomas Jefferson, “the harder I work the luckier I am.”

Am I lucky? I suppose I am. My parents immigrated to Australia, allowing me education free of political meddling. My work experience was never marred by my father’s anti-communist rants. I grew up knowing that my chosen career was only restricted by my ability, not my gender. On the flip side, luck has little do with my choice of car. It is more to do with taking on the cost and being able to afford it. We all make choices in life. This is mine, and I do not regret it for a moment.

On the lighter side, a friend sent me a feel-good message not so long ago: girls that like cars and racing are not weird. They are a rare gift from God. 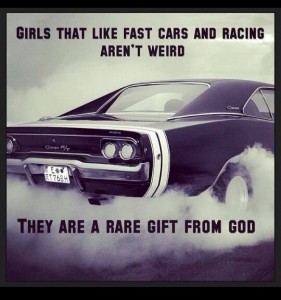