It is a very rare occurrence for “Speed Off The Streets”, which is held at Wakefield, to occur on a weekend. I suspect that one such occasion came about because a private booking of the race track was cancelled. Whatever the reason, Sunday 15th appeared on the Wakefield website calendar, and I dreaded the possibility of hundreds of people descending. However, the combination of the long weekend which had occurred the previous week, and the weather—a typical blustering cold day— meant that very few cars and drivers actually turned up. In one session, a single Superkart driver had the race track all to himself, and he sounded like a very angry bee.

So with almost an open slate day, discounting the track feeling like driving on ice, compliments of the Drift team from previous day. Mud and rain on the corners played merry havoc with my grip as “Mezzie” danced around the track. But as the day wore on, the rain ceased, the track became dry and it started to be serious fun. I was joined by two others, my godson Jordan and his girlfriend Bianca. Bianca, a Wakefield virgin, managed an impressive 1.28 during one of her sessions. In between our turns, the two of them, along with Boz leading the charge, helped improve Telstra profits. It would have required a surgical procedure to separate them from their iPhones! 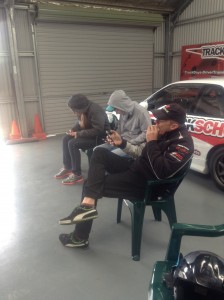 The day ended on a high note. “Mezzie” got a bath to bring her back to her usual stunning self, and Boz used his time taking even more photos of his babies. There were just three of them; the rest were away playing with other cars. 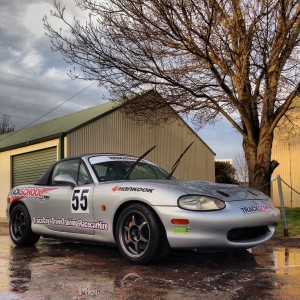 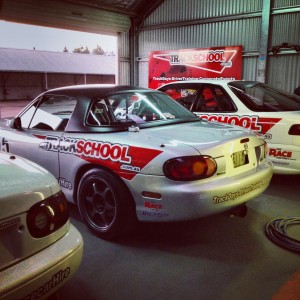 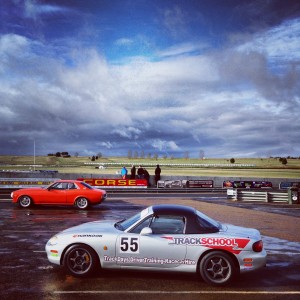 I have broken three records in the month of June:

1)      My June monthly total for kilometres travelled is 1,494. My average per month is around 600, so this is the most I have ever done. This has more to do with the fact that I was at Wakefield twice in a single month. Each trip is a 438km round trip, which accounts for more than 60% of the kms traveled.

The lease on my car is due to run out in September this year. This shouldn’t be a big  deal, as a new car is on order. However, as the CLA45 AMG waiting list is getting longer and longer, there are still 243 sleeps until my new baby arrives. What makes me laugh is the lack of interaction between Mercedes Benz Australia and their finance department. For three weeks in a row, I received a letter advising me that my lease is coming to an end, and the options available to me are:

My point of sanity is Simon, the Business Manager from Macintosh in Mosman. His acerbic humour when I contact him is keeping the letters in prospective line of amusement. I am still amazed that an organisation the size of Mercedes Benz, with their worldwide presence, does not incorporate simple integration between finance and new orders. I have however received an iPad air from AMG as a touchy-feely present to keep myself amused before my new car arrives. Considering this is my third iPad, unfortunately it is more in line with taking coals to Newcastle.