After completing the inaugural 24HeuresDeCitron in 2015, a decision was made to enter the 2016 race, but with my own team. However, as Hollywood has proven to us a number of times, movie hits rarely have sequels as good. Think Rocky II, III, IV, V, etc., Jaws 3D, Pirates of the Caribbean whatever release they are on now and all the rest. I am starting to doubt my own sanity, or as a friend of mine put it, in any sane world I should be on some kind of watch list.

Speaking of watch lists, I am sure that I am on one even as we speak. My call to the real AFP to find out if I might use their acronym as our team name resulted in being left on hold for a very long period of time, during which I daresay my name was run through every database in the known world. When the result came back with a big fat zero, the officer enquired why on earth I wanted to use the AFP acronym for a car race. I provided the short version of how LeMons came to Australia, and at that point he lost interest and told me to go away. It may not have been one of my better impulses when I then mentioned to him that my search on the internet resulted in being able to purchase authentic second-hand police shirts, badges, belts, and anything else you may need if you want to impersonate a real police officer. At that point he hung up on me, but not before telling me that he had better things to do with his time. I have a funny feeling that my security clearance has now been revoked.

Our team consists of five weekend hackers whose claim to fame is that we have all watched professionals race and are in awe. Our dream is to replicate Mark Webber during the 24 Heures du Mans, but in all honesty we will be lucky to replicate the cartoon, Wacky Races. I am volunteering to be Muttley. But what we lack as drivers we will make up for by having a professional to manage our garage and the team. The poor guy has no idea what he is letting himself in for; I have made provisions for psychiatric help at the end of the race. In my enthusiasm for professional support I even approached Pete Evans to assist with catering. Come on, MKR will be finished by then. He’ll have nothing better to do. However, my request was declined due to the lack of the mastodon cuts that now form his entire diet, and on top of that the butcher at Goulburn has taken out an AVO against me. Honestly, I just enquired if he could do Woolly Mammoth roast.

On the more positive side, I have been able to purchase a cute little MX5, NA model. However I still need to call in every favour I have ever performed to get the car to racing standard. Just call me Eddie Obeid from now on. 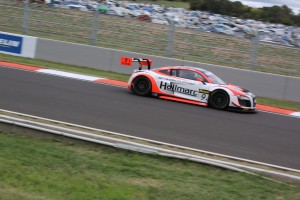 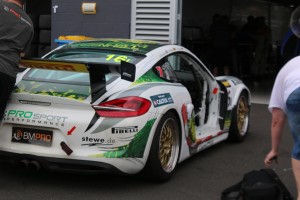 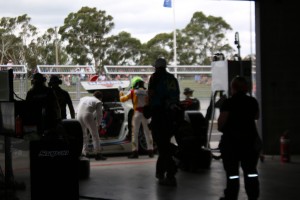 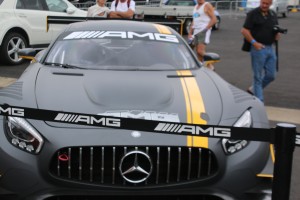 An invitation from AMG to watch the Liqui Moly Bathurst 12 Hour on the first weekend in February was just too good to refuse. Who would not enjoy watching this race from the air-conditioned comfort of the Ridges Hotel at Mt Panorama? Plus, catering and parking was thrown in for good measure. The AMG crews were faultless. However, some of the fellow AMG owners were somewhat less so. Talking about needing a healthy dose of reality. Complaining that the Lamborghini Huracan will not fit a set of golf clubs! I hate using this term… but, reality check people!

The trip to the top of the mountain and the turns made me speechless. The speed of the cars defied logic. The best time on the day was MacLaren at 2.01; I think I could just about manage the circuit in 15 minutes without frightening myself stupid.

After confirming to mental health officials that I am legitimately certifiable by way of participating in the first ever 24HeursDeCitron at Wakefield, I decided to take the concept one step further and form my own team for the 2016 race. This is scheduled to happen on the last weekend in October.

We are looking for spectators, please. Granted, I know that Goulburn is not the most exciting place to visit. The Wakefield grandstand consists of few plastic chairs straight out of a 1960s government waiting room, and let’s face it, years out in the elements have not improved their looks, function or comfort, but we are desperate, OK? Last year we had a huge number of spectators, totalling six, of which four had been rejected for the monthly Goulburn Supermax prison visitors’ list.

OK, this is how EMC Racing was born on the 11th November 2015; it now even has its own bank account with $9.85 credit. I am in the process of buying an MX5, from which I will need to “sell” parts to get the value under the $999 mark as is required by LeMons. Let’s just say that a huge amount of cheating will have to be undertaken in order for me to pass scrutiny. But hey, I can do that.

Our race team consists of six weekend hackers. Few of us have a CAMS licence and the others have not even been out at Wakefield. Should be fun, says she, hoping for the best. The plan is for John Boston to find me a Mazda MX5 and turn this into a little race car, its main purpose to be our car for the 2016 24HoursOfLeMons and then be used as a fun race car at Wakefield or even as a little runabout for days at Eastern Creek days with Trackschool skid pan days. John Boston’s involvement in the venture is a huge turn around. His reaction to me participating the 2015 LeMons race was nothing short of hostile and derogatory. For 2016 he even volunteered to be our Team Manager, not that I am 100% sure he means it. Let’s revisit this closer to the date. I will just be grateful if I get a car out of this. 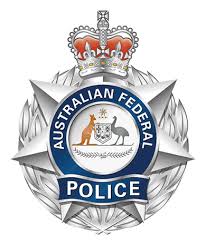 A meeting of the not-so-serious race team in preparation for the 2016 24HoursOfLeMons left us searching for a team name. I have registered the team as the Australian Fun Police on the Oz LeMons website, but apparently this is illegal; you are not allowed to impersonate or pretend that you are the real police. Fine, I can understand that. I can use the AFP acronym, but the P cannot be used for ‘Police’. Once again, no problems, even though the car will not be road registered, so cannot be confused with a real police car.

But then you enter the deep dark world of the world wide web and everything is turned on its head. I can legally purchase genuine AFP caps; yes, they are last year’s model. I didn’t realise that they change and I am sorry as a member of the public if I do not know whether the guy talking to me is wearing the up-to-date version. I can buy a genuine used police shirt; I can even purchase some old 3-4 digit police badges. Once again, I didn’t know by looking at them that these were classed as out of circulation. If I am stopped by someone dressed as a police officer, and they are wearing what seems to be correct uniform, I am not about to argue. When I posed these questions to the guy who was unlucky enough to answer the phone at the AFP offices, the answer was: “No, you cannot use the word ‘police’ on your car, but you can buy almost a full police uniform on the internet without breaking the law.” Go figure.