This is compliments of ”Brian1321”. I liked it so much I thought it deserved another edit:

Our Father who art at Wakefield

Hallowed be thy turbos.

Thy tyres be done

On dirt or even on tarmac

Give us this day our daily hoon,

And forgive us our Priuses,

As we forgive those who trespass against us,

And lead us not into beigetation,

But deliver us from boredom. 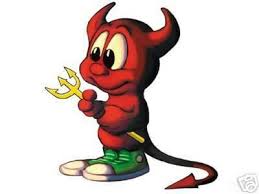 Who would have thought it would be so hard? Certainly not me.

How many people know how long demerit points are recorded on your divers licence? This question sent me on a quest worthy of Victorian era explorer on a hunt for the source of the river Nile. Most friends and colleagues think it is 2 years. I was under the impression it was 3 years and it turned out we were all wrong, it is 3 years and 4 months (40 months).

The government website certainly goes to extra ordinary length to make this information difficult to find. Two emails later I finally obtain an answer that is written in English, rather than Corporate.

Thank you or your email.

The period of time that demerit points accrue is currently three years. This was changed from two years in around 1987-89. The law has not changed since then.

Please see the below link to the Roads and Maritime Services website for the most up to date and current information regarding demerit points, offences and penalties.

With regard to the 40 month period, the Police, State Debt Recovery Office (SDRO) and the local courts notify the Roads and Maritime Services (RMS) of traffic offences committed by licence holders. This information is not normally received until either after the fine is paid or after the appeal date has passed. There is therefore a lag in the time between the actual incident and when the points are recorded on the licence holder’s record.

If a licence holder reaches or exceeds the threshold number that applies for their type of licence in any three-year period, (not three years and four months) the RMS is required to send a notice of suspension.  This three-year period is based on the dates the offences were committed.

An important factor to be aware of is that the law does not limit the counting of demerit points to offences that are less than three years old. What this means is that demerit points do not expire. The record remains, irrespective of the age of the offence, and can therefore be used at any time to initiate a suspension. This means that if a unrestricted licence holder accrued 13 demerit points in a three year period that was five years ago, they can still legally be suspended for it now.

This is where the three years and four months comes in.

The RMS will not count the demerit points for offences that are over 40 months old, so these offences do not appear on the ‘RMS myRecords demerit point enquiry screen’. This therefore stops the situation referred to above from happening.

When the offence you have referred to is more than 40 months old, it will no longer show on the enquiry screen. Therefore, even though the law allows it, a person cannot be suspended if any of the infringements happened more than 40 months ago. This is even if the total of demerit points accrued was 13 and they all happened within a period of three years of each other.

Even though the demerit point’s display for 40 months, an unrestricted licence holder will still only receive notification of a licence suspension if they accrue 13 or more demerit points within any three year period, (not three years and four months) calculated from the offence dates.

So, are we all crystal clear on this?

The Church of the Flying Spaghetti Monster continues to draw new acolytes with a Queensland tradie forgoing a driver’s licence to express his religious beliefs.

Brisbane renderer Simon L. has been unable to drive for almost two months after the state’s Department of Transport and Main Roads (TMR) refused to renew his licence because he insisted on being photographed with a colander on his head. Simon L is a Pastafarian and he believes his rights are being violated because he cannot express his faith through his religious headdress in his licence photo. “I’m a devout member of the church of the Flying Spaghetti Monster and I have a right to wear a colander just like Sikhs wear turbans,” the 31-year-old told ninemsn. “Just because they don’t understand my religion doesn’t mean I should be persecuted. I don’t understand why I am being discriminated against. Mr L said after an employee at the TMR refused to allow him to wear a pasta strainer on his head for his license photo, initially citing “the ID systems of the camera”, he escalated the matter. On September 15 the TMR replied that while it allows religious headwear to be worn in driver licence photographs for recognised religions, “this is done on the basis that this headwear is always worn by the person in public places, including while at work and while the person is driving, and should not be removed in public”. “It is not permissible for religious headwear to be only put on for the purpose of the driver licence photo,” the TMR said. When Mr L challenged the TMR the department replied “the Department of Transport and Main Roads’ position that ‘Pastafarianism’ head wear is not permitted to be worn when taking a driver licence photo has not changed.” Mr L is not the first Pastafarian to have had trouble with the authorities because of the way he chooses to express his faith. The spiritual tradie said the decision to adhere to his religious principles has inconvenienced him and also taken a financial toll. “I’ve lost four days’ work because there was no way to get public transport, which to me is about $1200,” he said. However, he remains defiant and said he will “just keep going” if the authorities refuse to budge and insist he cannot be photographed with a colander on his head. “It is not up to a public servant to decide what my beliefs are,” he said. “I demand that my beliefs be respected.” However, the experiences of followers of Flying Spaghetti Monster differ from state to state. Sydney university science student Preshalin M was last month able to obtain a provisional driver’s license with a colander on his head. “After the test I asked if I was able to wear religious headwear and she (the woman at the Roads and Maritime Services) said yes,” Mr M said. “I pulled out the colander, put it on my head and she just took the photo.” The situation is also different for South Australian Pastafarians. Earlier this year Adelaide man Guy A had his legally obtained guns seized after he requested to wear a pasta strainer on his head for a firearms licence photo. He had his religion questioned and was forced to undergo a psychiatric evaluation before his weapons were returned. Captain Tanya Watkins of the Australian branch of the Church of the Flying Spaghetti Monster asks “What other person has had their religion questioned and been forced to go to such lengths to prove their sanity”. And the problem is not unique to Australia.

A man in Canada was recently denied a renewal of his driver’s license because he refused to be photographed without his holy headgear. Obi Canuel of British Colombia, who is an ordained minister in the Church of the Flying Spaghetti Monster, said he should be allowed to wear a colander on his head the same way as Sikhs wear turbans and Jews wear yarmulkes. Ms Watkins said she believes the case shows that Pastafarians are people who have deep religious beliefs and are willing to fight to have their religious rights observed. “What has occurred in his case is clear discrimination, and I admire and support his refusal to give up his beliefs due to religious repression by the government,” she said. “No other religion requires needing to ‘prove’ it is a real religion, nor does any other person of a particular faith need to prove they are an adherent or that it is a requirement of their religion to wear a certain thing on their head. Only Pastafarians.”

And I will finish up by saying, anybody wanting to have a gun licence and wear a pasta colander on their head, then I whole heartedly agree, they should have their mental health checked.