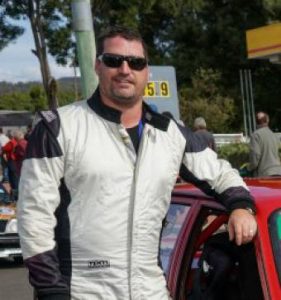 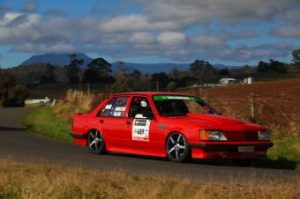 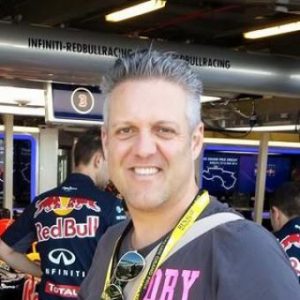 As our Program Manager is participating in the world renown Targa Tasmania I thought I could provide you all with a daily update on their progress/crashes and everything else associated with hurtling through Tasmania at breakneck speed with very little in a way of stopping you from ending up in somebody’s living room or getting close to nature, by this I mean, as the before mentioned “nature” becomes embed in the engine block. Just remember this, when you hit a tree at that speed, it only hurts once. It hurts like hell, but blissfully the drugs they use nowadays ensure that you will be drugged to the eyeballs before you know it. For those of you who have never experienced rallying you can replicate it easily from the comfort of your own home. Simply set the washing machine spin cycle to 1400rpm, and hop in. When the cycle is completed ask your friend to smash you in the head with a cricket bat. Oh and try not to throw up.

Ok, on to the actual race, day one:

Welcome Party | Sunday 23 April (Overnight in Launceston)
Documentation and Scrutineering is a very involved and complex process where representatives of CAMS (Confederation of Australian Motor Sport) there are other definitions of what CAMS stands for, but I will keep this at a professional level for the time being, let’s just say that the C stands for a word best not repeated in front of children and or easily offended adults. So, what happens during this phase is that CAMS scrutineers argue among themselves on finer points such as expiry on you seat belts whilst you stand there desperately trying not  to voice what you are thinking. This simple disagreement could be solved if two or more Scrutineers had the CAMS Manual from the same century, instead dates range from 1969 to 2016 and are prized the same way a starving Rottweiler guards his last bone. Never, ever mention this to the said officials because revealing this little fact will just get you disqualified.

However judging by the posts by our Intrepid Rallyingista, scrutineering is now completed, car is safely tucked away and Launceston is in for a rather interesting night. 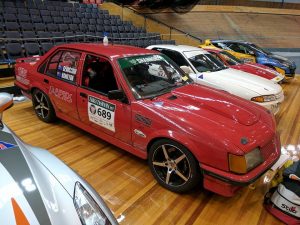